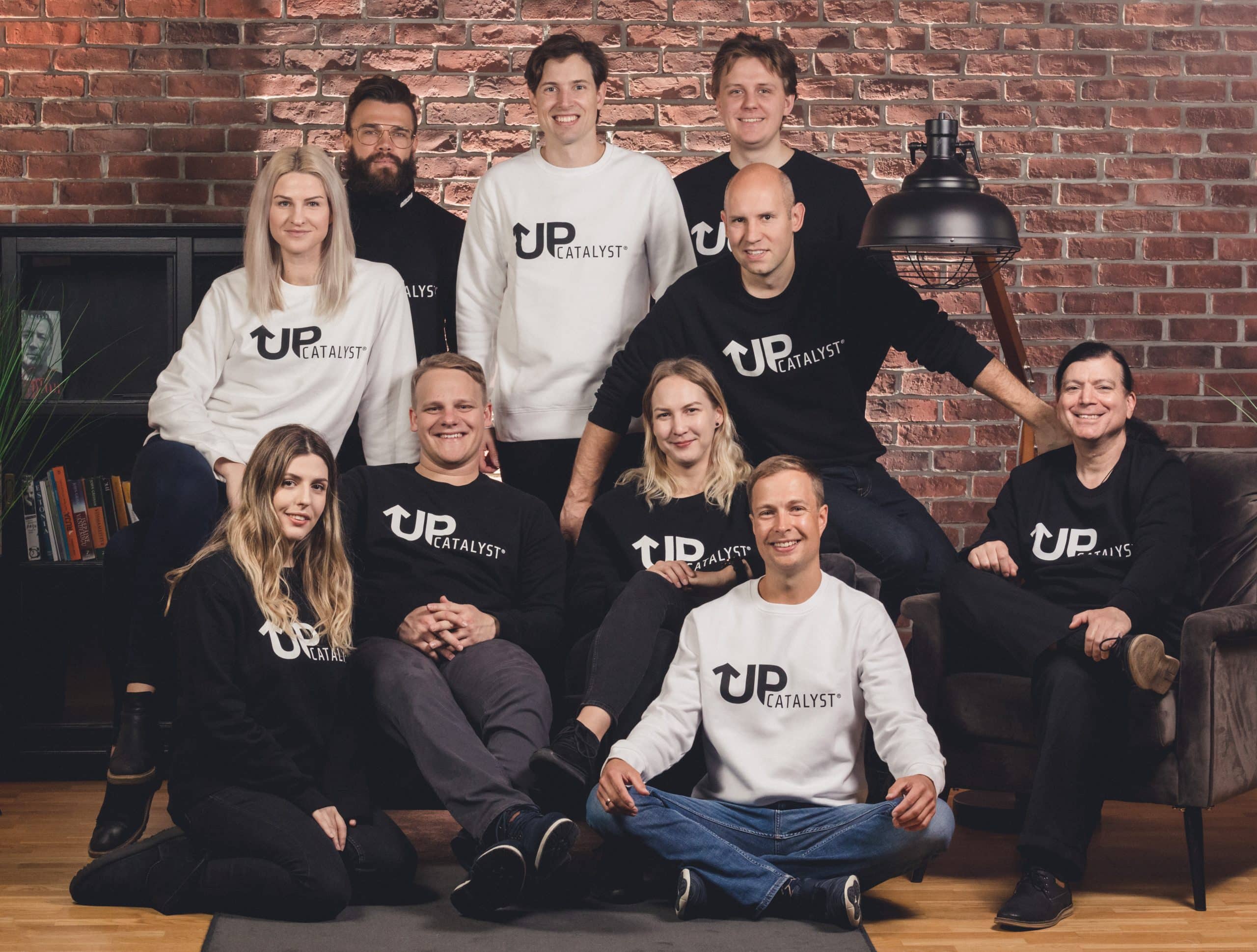 Can energy storage be renewable? UP Catalyst says yes by converting CO2 from “enemy to ally”

Sunly’s most recent investment was in deep technology startup UP Catalyst. A startup that managed to kill two birds with one stone – CO2 capture & transforming that waste product into carbon materials to be used in many applications like energy storage, construction, transport, and electronics.

When thinking about emissions, we generally think of something negative like climate change. Where the world saw a problem, UP Catalyst saw an opportunity. They found a way to “give a second chance” to industrial exhaust CO2. Namely they capture it and produce highly sustainable materials from it like graphite – a critical raw material both in the EU and the US – graphene, carbon nanotubes and other carbon nanomaterials. Materials for which the demand has exceeded the supply long time ago.

UP Catalyst was founded in 2019, based on years of research. After testing, analysing and further improving upon the already known molten salt electrolysis technology, the researchers (now founders) realised that it is time to turn the research project into a commercially viable business. So UP Catalyst was born. Currently, their team is 12 strong & expanding rapidly.

The word “graphite” is borrowed from Ancient Greek „γράφω“, that stands for „I write“. The first thing that comes to your mind when you think of graphite is most probably a pencil, isn’t it? Seems that etymology makes sense now. J But that’s not all. The large-scale applications go further than that: electronics, anti-electrostatic coverings, battery electrodes are just some of the examples.

Are you aware of the fact that graphite is massively used in the electric vehicle (EV) batteries? We are talking about >70 kg per car. By weight, graphite is the largest component in Lithium-ion batteries, and they contain 10-15 times more graphite than lithium. Curious, why do we still call them Lithium batteries, maybe a better name would be „graphite battery“, huh? J

So, the EV adoption is growing, we are becoming greener and cleaner! Wait, one thing does not match – the origin of graphite! There are two types of graphite, natural – obtained by mining (98% of processed natural graphite in Europe is imported from China) and synthetic – produced through a complex process of baking petroleum coke at very high temperatures… Unfortunately both of them are extremely environmentally „unfriendly“, despite of being relatively cheap. Thus, if we want to truly associate the EV industry with sustainability, its “heart” – the battery – should also be made of sustainable materials! And this is where UP Catalyst enters the game:

It produces graphite via molten salt carbon capture and electrochemical transformation (MSCC-ET) method. To produce each ton of the material they need to capture over 3.7 tons of CO2 directly from the carbon emitting source – ideally heavy industry which pays millions for carbon tax annually.

UP Catalyst found a way to produce carbon nanomaterials from CO2 and deploy it in different fields, for example, as an additive to concrete and rubber; paints and coatings, in electrodes for batteries and catalysts in energy conversion systems. One interesting scientific paper back in 2016 addressed that electrode material is vital for the performance of batteries – the addition of carbon nanomaterials contributes to the longer-battery life, higher current and power density, better safety and flexibility. Generally, 3-5 kg of carbon nanomaterials per EV battery is enough to significantly improve its performance.

So, now, making basic calculations, it turns out that if we replace the unsustainable by sustainable (produced by UP Catalyst) graphite and carbon nanomaterials, we could claim that around 20% of the battery would be composed of 100% captured CO2!

Spreading innovation to the neighbouring planets

When you look at UP Catalyst’s activities, it becomes clear that there is too little space for them on our planet Earth to execute all their grand ambitions, so they, without a moment’s hesitation, looked to the sky, pointed to the „Red Planet“ and decided to take its innovations there as well. Yes, you understood well, we are talking about Mars – UP Catalyst’s researchers are conducting studies on developing a reactor technology where CO2 is electrochemically split into solid carbon and gaseous oxygen, which are then separated, stored, and used in our neighbouring planet. Don’t forget that Mars’s atmosphere consists of 96% of CO2, which makes it an ideal place for the production of carbon materials with a side product – oxygen. Maybe one day, thanks to UP Catalyst we will go there and enjoy the spectacular view of planet Earth?

At Sunly we rise in the standing ovation to congratulate on your success and efforts. We are extremely happy and proud to have you in our fleet! Let’s change the world together. Guess it’s time to get back to work!