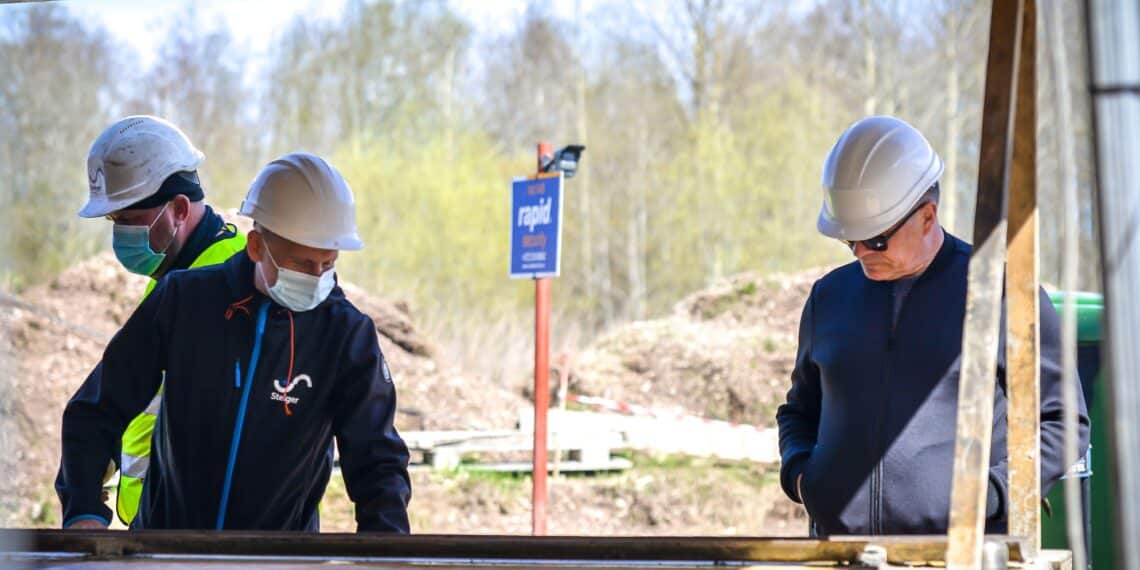 Estonia’s first large-scale energy storage project, Zero Terrain, has received an official permit and construction can go ahead. Developed by Energiasalv, the 550 MW underground pumped-hydro storage plant has minor environmental and land-use impact and can therefore be implemented in urban areas. The project enables the deployment of renewable energy generation in the region and significantly lowers consumers’ electricity bills.

“Emission-free energy with a high security of supply at an affordable price is only possible with large-scale and long-term energy storage. I am proud that Energiasalv’s Zero Terrain project can provide the region with an energy supply that will meet future requirements,” said Peep Siitam, the CEO of Energiasalv. “Considering we are in the middle of an energy crisis, our team is moving at a speed and strength comparable to the water itself,” added Siitam.

“Having completed our permitting process with the Estonian Consumer Protection and Technical Regulatory Authority, we are glad to announce that we will continue with the pre-qualification for the construction procurement in the beginning of February. We aim to finalize the tender process by the end of 2023 and start construction on the project in the summer of 2024,” said Sander Astor, the Chief Technical Officer of Energiasalv.

Energiasalv’s underground pumped-hydro storage is a 550MW “water battery” to be built in Paldiski, northwestern Estonia. The project’s 6GWh storage capacity during one storage cycle of 12 hours is sufficient to provide electricity at affordable prices to consumers when there’s no wind or solar power available. The production is comparable to the average daily electricity consumption of Estonian households.

Energiasalv’s Zero Terrain is an EU Project of Common Interest (PCI project). Being the strategic infrastructure project, its preparation has been supported by the Connecting Europe Facility – managed by the European Climate, Infrastructure and Environment Executive Agency (CINEA). Energiasalv is owned by the Estonian energy company AS Alexela, Baltic-Polish renewable energy company Sunly AS, and Vool OÜ belonging to the company’s CEO.